BMW may be spending a lot of their energy nowadays on SUVs and electrified vehicles, but the M240i is proof that the Bavarians still know how to build a proper Ultimate Driving Machine when they really try. For an enthusiast, and just like the M235i (Tested Here) that came before it, it is exactly what you would want from a modern BMW. It’s small and handsome-looking. It’s fun to drive and hugely capable. It feels premium, but not too premium. And it’s comfortable and practical enough to use on a daily basis.

The M240i is the kind of car that BMW has specialized in building since before the “Ultimate Driving Machine” slogan was even a thing. It follows a similar formula to some of BMW’s fan favorites, including the E36 and E46 M3, and even the classic 2002tii to some degree. In its purest, entry-level form, the M240i gets a powerful straight-six engine up front, a 6-speed manual gearbox in the middle, and rear-wheel drive at the back. And compared to everything else in BMW’s lineup, it’s actually quite small, but comparable in size to those older models mentioned. 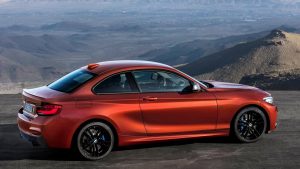 If there’s one thing that BMW knows how to build better than most, it’s an engine. The turbocharged, 3.0L inline-6 produces 340 horsepower and 369lb-ft of torque, which is enough power to put it in the ballpark of the M2, a full-blown M-car. Power delivery is buttery smooth and immediate, with an impressive shove that starts just off idle speed and builds all the way to a 7000rpm redline. It’s the perfect match to the sweet-shifting 6-speed manual gearbox, which is a joy to use. The available ZF 8-speed automatic is a great transmission as well, but the manual perfectly suits the character of this car, and who knows for how much longer the option will be around? Best to get one and enjoy it while we still can.

At just under 1,600kg, the M240i is somewhat hefty for a small 2-door coupe, but thankfully, it masks its weight incredibly well. The handling and cornering balance is exactly what you’d expect from a rear-wheel drive performance car with 50:50 weight distribution. Not only is it capable, but, thanks to its shorter wheelbase, it’s actually more nimble and fun to toss around than other BMWs, including the larger M cars. The M2 would likely be the superior option on a track, but out in the real world on regular roads, I’d be surprised if there was a significant difference between the two in terms of handling. With its smaller 18 inch wheels and adaptive suspension, the M240i is probably slightly more comfortable as well. 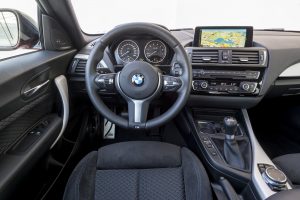 Inside, things are a little cheap-feeling and dated compared to other BMW models, but the premium feel is still there. The controls and instruments are clear and logical, though it would be nice to see a bit more data to monitor things like engine/coolant temperature in a performance car such as this. In contrast to what other journalists say, the backseats are spacious enough to hold a pair of adults in a pinch. The trunk will fit a surprising amount of stuff as well. There are dedicated sports car that can top the M240i for entertainment value, but none can match its everyday practicality.

With a starting MSRP of $47,000, the M240i is one of the best performance car deals in the premium coupe segment. A few option packages, M Performance parts, and even xDrive all-wheel drive, however, can inflate that price close to the level of an M2. At that point, the proper M car is the smarter purchase.

For decades, sport sedans and fun to drive coupes like the M240i were BMW’s bread and butter. They helped solidify the brand’s “Ultimate Driving Machine” status and turn it into the well-established premium brand it is today. In a lineup consisting mostly of SUVs and other large emotionless machines with little resemblance to BMW’s past, the 2-Series is, for lack of a better word, the BMWest of the lot. Time to show some support and buy one while we still can. I’ll take mine with three pedals, a stick-shift, and rear-wheel drive please.