When it comes to electric vehicles, Tesla may be the one hogging the spotlight, but it is far from the only player in this growing segment. Mainstream automakers have slowly been upping their efforts, improving the technology, and releasing EVs that are more competitive and compelling than ever before. To test out their products, we brought along a pair of the latest entrants; the 2019 Nissan LEAF Plus and the 2019 Kia Niro EV. It’s time to find out whether EVs are ready to hit the meat of the market and make a case over time-tested, but antiquated, internal combustion transportation.

From an appearance standpoint, neither vehicle offers much indication that you are driving something out of the ordinary. The LEAF, in particular, has a rather conventional hatchback appearance that should appeal to those who prioritize function over form. The Niro EV takes a more trendy approach by attempting to win over the crossover crowd with its mini 4x4 looks. It’s hardly equipped for any kind of off-road duty and the ride height is more or less the same as that of the LEAF. Even so, the Niro EV has the fender-flared look that crossover-crazed consumers are after. 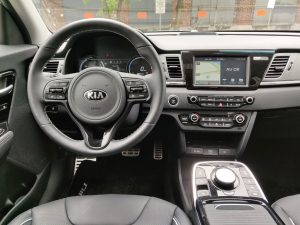 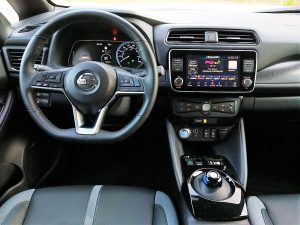 Interior-wise, the Niro has the edge over the LEAF as well. Though neither cabin is particularly premium feeling, the Niro has the better layout with well-designed controls and a highly effective infotainment system. There are also fewer packaging compromises with a nearly flat floor in the rear seats and plenty of cargo space. The LEAF, on the other hand, comes with an annoying rear centre hump in the floor which makes fitting three across a pain. On the bright side, seating is quite comfortable and the deep cargo area provides loads of space.

Both the Niro and LEAF manage to do the EV thing quite well with a supremely smooth and quiet driving experience that an internal combustion vehicle could only dream of achieving. Both models are front-wheel drive and come with enough power and torque to spin the wheels for a brisk take off. Despite the availability of different drive modes, including a Sport mode for sharper acceleration, it’s the LEAF that feels the quicker of the two, especially during passing maneuvers. The Niro makes up for it, however, with its handy auto-hold feature, which allows you to rest your foot when stopped at an intersection, as well as a more flexible regenerative braking system. It offers three levels of intensity which are selected using the steering wheel paddles. The LEAF’s equivalent feature, which is called e-Pedal, is simply an on-off system controlled through the push of a button. 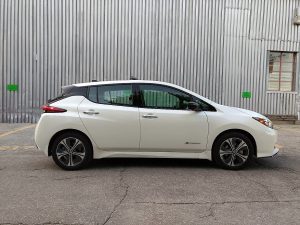 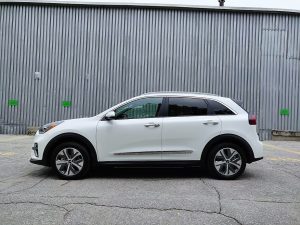 The concern of driving range is something that both the Niro EV and LEAF Plus have more or less addressed for the bulk of urban dwellers. The LEAF Plus replaces the 40kWh battery pack of the base model with a larger 62kWh version capable of a driving distance of up to 363 km. The Niro EV’s 64kWh pack manages even better with up to 385km of range. It also offers a more efficient heat pump which helps limit range loss during cold temperatures. The Niro EV’s 7.2kW onboard charger is capable of slightly quicker charging times of 9.5 hours on 240V power versus 11.5 hours for the LEAF Plus and its 6.6kW onboard charger. Both models offer level three fast charger hook-up that can charge the battery up to 80 percent in less than one hour; that is, if you can find one.

Pricing is one area where the LEAF has a slight edge over its rival. The LEAF Plus begins at $44,298 whereas the Niro EV $44,995. Not a big price difference, but one that widens considerably when you compare the top models. On the top end, the LEAF Plus SL goes for $49,798, which is a useful amount less than the Niro EV SX Touring and its $53,999 MSRP.  It’s worth mentioning that both the Kia Soul EV and Hyundai Kona EV, which are mechanically identical to the Niro EV, can be had for less despite having similar performance, capability, and features. Although the Niro EV is pricier, it partly makes up for it with additional features such as ventilated front seats, memory settings for the driver seat, auto-hold, and a sunroof. Both models come with plenty of active safety features including semi-autonomous lane-keep assist systems which work well at highway speeds. 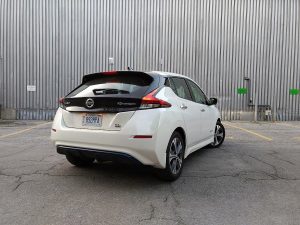 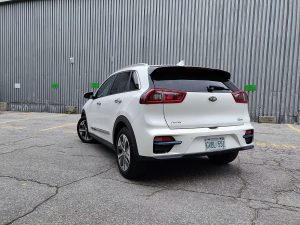 In this matchup, the LEAF is the veteran with a long-established reputation and best-seller title that make it a safe bet for those new to the EV world. Time-tested as it may be, it is the Niro EV which comes across as the more accomplished vehicle. It has more features that just work better, more passenger space, and a longer driving range with shorter charge times. It’s an impressive member of the Kia/Hyundai EV trio, which also includes the Soul and Kona. The real winner of this test though is the electric vehicle in general. Both of these models serve as shining exemplars for what’s possible with the latest EV technology. The steep price tags make them a hard sell based on merit alone, which is why government incentives play such a large role in EV sales. If you are committed to the concept, however, the latest crop is more compelling than ever before.